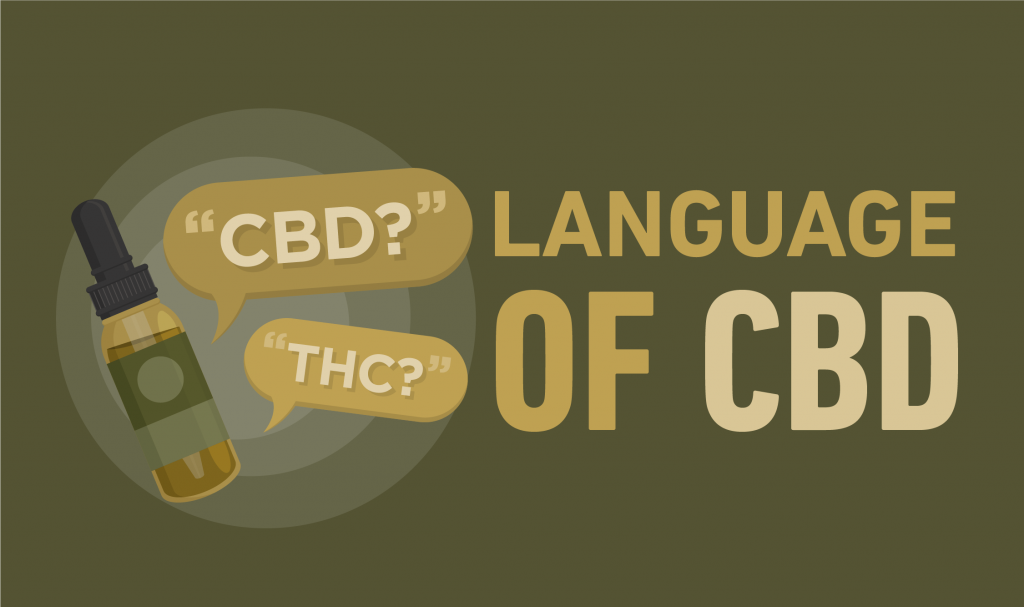 Curious about trying CBD, but don’t know what all the fancy words you’ve seen online mean? Read on below for some important terms!

2-AG – aka 2-arachidonoylglycerol, the most common endocannabinoid found in the brain.

AEA – aka anandamide, the second most common endocannabinoid found in the brain.

Broad spectrum – does not contain any THC, but contains all of the other cannabinoids found in the hemp plant.

Cannabis sativa – scientific name of the plant species that we use to grow our hemp, which is then used to make our products. This is the same plant that is used to grow marijuana as well. The important differences between hemp and marijuana are described below.

CB1R – cannabinoid receptor type 1, which is found mostly in the brain, but also in the liver, heart, and intestines.

CB2R – cannabinoid receptor type 2, which is found mostly in immune system cells, including in the intestines.

CBD – aka cannabidiol, is the second-most common phytocannabinoid. It weakly binds to and blocks CB1R and CB2R, but it is not clear if its effects on the body are through these interactions. It can also interact with other parts of the endocannabinoid system. It is the primary ingredient in our products and is thought to help treat many different diseases. It is non-addictive, does not have psychoactive effects, and does not cause people to feel “high.”

Endocannabinoid – refers to the molecules that our bodies make that can bind to receptors in the endocannabinoid system, leading to effects on the body.

Endocannabinoid system – refers to the cell signaling system in our bodies that has been shown to play a role in many different diseases, including chronic pain, multiple sclerosis, anxiety, depression, seizures, obesity and certain kinds of cancer. Fore more information, check out our endocannabinoid system post.

Full spectrum – contains all of the cannabinoids found in the hemp plant, including CBD and THC, though concentration is less than 0.3% per the law.

Hemp – cannabis that contains less than 0.3% of THC, the psychoactive phytocannabinoid. All of our products come from hemp.

Marijuana – aka weed, cannabis that contains more than 0.3% THC, the psychoactive cannabinoid. This is the kind of cannabis that has been used recreationally for decades. Our products are not made from marijuana.

THC – aka tetrahydrocannabinol, is the most common phytocannabinoid and the most well-studied. It binds to and activates both CB1R and CB2R, and has many effects on the body, including stimulating appetite, causing increased body temperature, and psychoactive effects that make people feel “high.”

Tincture – plant or animal extract that is dissolved in a solution. In the case of our products, the tincture consists of hemp extract, the components of which determine whether the product is considered full spectrum or broad spectrum.

These statements have not been evaluated by the Food and Drug Administration. This product is not intended to diagnose, treat, cure or prevent any disease. Consult your physician prior to use if you are pregnant, nursing or using other medications.

CBD DOSING: HOW MUCH CBD SHOULD I TAKE?

In this post, we’ll share our suggestions for how to start using CBD and how to adjust the dose of it. As you’ll read below,

In this piece, we’ll highlight the latest research findings about the use of pharmaceutical-grade cannabidiol (CBD) to treat seizures. To be clear, Innovative Extracts hemp

CBD FOR RECOVERY AND INFLAMMATION

If you’re looking to soothe aches to recover faster from workouts or manage chronic pain without prescription medications, studies show that CBD can be an

CBD FOR STRESS AND ANXIETY

If you struggle with anxiety, you’re not alone. According to a study by the National Institute of Mental Health, anxiety disorders are the most prominent mental health

Get the latest updates on new products and upcoming sales

* These statements have not been evaluated by the Food and Drug Administration. This product is not intended to diagnose, treat, cure or prevent any disease.